Home
Lifestyle
How to boost your energy levels 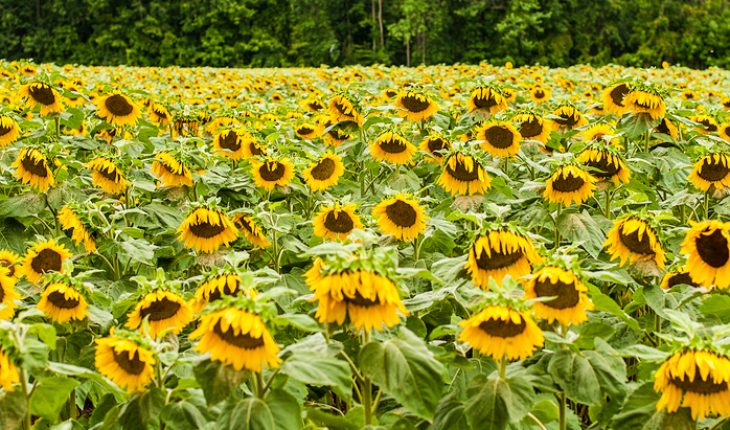 If you feel exhausted when you come off shift or even facing the prospect of hauling yourself out of bed, you are not alone. According to the Royal College of Psychiatrists, one in five people at any given time feels unusually tired and one in 10 suffers prolonged fatigue.

Staying energised and alert throughout the day is not always easy, particularly when the average Briton gets six and a half hours sleep a night, well below the 8.1 hours per night which is the average requirement for adults.

Your body’s own 24-hour clock, known as the Circadian rhythm, also affects how sleepy you feel because it dips and rises at different times of the day, going into a noticeable slump between 1pm and 3pm, or siesta time.

‘How sleepy you feel after lunch depends on whether you are getting enough sleep at night or are sleep-deprived,’ says Professor Kevin Morgan Professor of Psychology and Director of the Clinical Sleep Research Unit at Loughborough University. Sleep requirements vary according to individuals and age – adolescents need more sleep than adults and people tend to need less sleep as they get older.

Your metabolic rate is also key to your energy levels. The higher your basal metabolic rate, which is the rate at which your body burns fuel when at rest, the more energy you have to carry out daily tasks and use your brain, the organ which expends the most energy in the human body, 20 percent of the total.

Here are top tips that will keep you feeling pepped up and ready to go from dawn to long after dusk.

Start your day with a cup of coffee

Caffeine in coffee has been shown to promote mental alertness and improve stamina in high-performance athletes.

‘When you have you espresso ‘pick me up’, you are feeling the stimulating effect of caffeine, which activates noradrenaline neurons, triggering the body’s ‘fight or flight’ response,’ explains Steve Bazire, professor of pharmacy practice at the University of East Anglia and a member of the College of Mental Health pharmacists. ‘This elevates blood pressure and heart rate.’ Caffeine also stimulates the release of ‘feel Good’ dopamine, although the effects are temporary only.

Around 60 per cent of people in the UK are thought to be deficient in Vitamin D, which is synthesised in the skin in the presence of sunlight and is found in some foods. Children under five, people with dark skin and older people are most at risk.

Although it is well known to contribute to the formation of healthy bones and teeth, Vitamin D also seems to play an important role in making our muscles work efficiently and boosting energy levels.

A study at Newcastle University led by Dr Akash Sinha found that patients who suffered from a deficiency in this vitamin showed increased vitality during exercise after treatment with supplements. Vitamin D is thought to enhance the activity of the mitochondria, the batteries of the cell.

Dr Sinha, who also works within the Newcastle upon Tyne Hospitals NHS Foundation Trust, says: ‘Examining this small group of patients with vitamin D deficiency who experienced symptoms of muscle fatigue, we found that those with very low vitamin D levels improved their muscle efficiency significantly when their vitamin D levels were improved.’

Many people ignore their internal body clock, turning in long after they have started feeling sleepy and dragging themselves out of bed before they feel really rested.

US research has shown that when adults are taken camping, and not exposed to electrical light, their natural sleep patterns start to reassert themselves, so they go to bed earlier and rise earlier too. ‘By increasing our exposure to sunlight and reducing our exposure to electrical lighting at night, we can turn our internal clock and sleep times back and likely make it easier to awaken and be alert in the morning,’ says Professor Kenneth Wright of the department of integrative physiology at the University of Colorado, Boulder.

If you don’t want to live life under canvas, you can still help to reset your body clock to earlier wake-up times. ‘Our findings suggest that people can have earlier bed and wake times, more conducive to their school and work schedules if they were to increase their exposure to sunlight during the day and decrease their exposure to electrical lighting at night,’ Wright says.

Wholemeal toast and eggs for breakfast

When it comes to stocking up with energy-boosting food, not all foods are created equal. ‘A sugary cereal will cause a rapid energy spike followed by a slump mid-morning which encourages people to eat more than they need. Better to have a breakfast which releases energy slowly and at a steady rate so you don’t feel hungry again until lunchtime,’ says registered dietitian, Anna Daniels, a spokesperson for the British Dietetic Association.

Porridge made from rolled oats is a low Glycaemic Index (GI) food which releases its energy slowly. This happens because soluble fibre, such as that found in whole grains like oatmeal or bran foods, slows the breakdown of the carbohydrate sugars into the single sugar molecule glucose. ‘It is the perfect accompaniment to low GI blueberries, which are also jam packed with cancer-busting antioxidants,’ says Daniels.

‘Wholemeal toasts is a good source of fibre and is medium GI, but eat it with eggs and you get a protein boost as well as slowing down the speed at which the carbohydrate is absorbed from the gut.’ Protein and carbs in combination become slow-release energy sources.

Adopt a resistance training programme which will help to build muscles and boost your metabolism. Muscle burns calories while you are at rest and is, therefore, a contributing factor to your BMR. Although there is some confusion as to the exact amount of calories that muscle burns, the strongest evidence seems to indicate that each pound of muscle on your body adds roughly 5 calories per day to your BMR.

Take off your shades

Even on very bright summer days, it is important to expose your eyes directly to the light regularly for short periods if you want to avoid feeling sluggish. ‘This is because special non-image forming receptors on the retina at the back of the eye read light intensity and transmit this data straight to the part of the brain that controls the production of the hormone melatonin,’ explains Professor Morgan. ‘Melatonin is a chronobiotic hormone, meaning it helps to synchronise our internal body clock to the rhythm of light and darkness and is released by the pineal gland when the brain perceives the world to be dark, and therefore sets the scene for sleepiness.’ If you are constantly shading your eyes, the receptors send a weak signal to the brain which in turn starts the pineal gland to produce melatonin – making you start yawning.

Lunch on rice with bacon and beans.

Not all rice is low GI, but Basmati is medium GI and releases its energy steadily.

Add protein and fat – some lean meat and a handful of nuts containing unsaturated fats– and you slow down the energy release further. ‘This combination slows down the absorption of glucose (sugar) into the bloodstream,’ explains Anna Daniels.

It’s no wonder that so many cultures build in a Siesta, or afternoon nap, into their day. The body’s natural 24-hour body clock actively encourages us to have a post-prandial nap between 1-3pm, according to studies. However, Professor Morgan thinks that the power nap – a brief shut-eye which supercharges your energy levels for the rest of the day is an ‘urban myth’. ‘If you fall asleep easily in the afternoon it suggests that you are sleep deprived and should be getting more sleep at night.’ The late Conservative PM, Margaret Thatcher, a power nap enthusiast, admitted that she rarely got more than five hours sleep a night and probably had some catching up to do.

However, a team of neuropsychologists at Saarland University, who have shown that even a brief sleep can significantly improve memory.

Sara Studte, a graduate biologist at Saarland, working with her PhD supervisor Axel Mecklinger, looked at how power naps influenced memory performance. ‘Even a short sleep lasting 45 to 60 minutes produces a five-fold improvement in information retrieval from memory,’ says Mecklinger.

Back in the 1950s, William Dement and Nathaniel Kleitman discovered that human beings sleep in cycles of around 90-100 minutes, alternating between deep sleep, REM sleep and almost waking. This cycle, named this pattern the Basic-Rest Activity Cycle or BRAC, also seems to exist in waking lives too, although it is far more subtle.

Researchers in the US at Florida State University published their findings that elite performers, including musicians, athletes, actors and chess players typically practice in uninterrupted sessions that last no more than 90 minutes. They begin in the morning, take a break between sessions, and rarely work for more than four and a half hours in any given day.

Professor Kevin Morgan says: ‘Certainly, we are more likely to perform tasks better if we take rests at regular intervals but the evidence for a fixed BRAC during waking hours is not strong.’

Dehydration is a common cause of fatigue. Registered dietitian Anna Daniels recommends that adults drink around two litres of water each day although actual amounts required vary depending on body weight, (35ml per kilo of body weight) activity levels and even outside temperature. She does not recommend energy drinks, which will create a sugar spike, followed a slump.

Mild dehydration is defined as an approximately 1.5 percent loss in normal water volume in the body.

Avoid coffee and other caffeinated drinks from 6pm onwards.

Professor Peter Rogers, professor of biological psychopharmacology at the University of Bristol says that caffeine suppresses melatonin for up to 10 hours. It also inhibits natural sleep patterns if taken in the hours before bedtime. It does this by binding to adenosine receptors, making it impossible for adenosine to do its job, which is to slow down nerve cells in the brain, making us drowsy. ‘This is the opposite of what we need to get a good night’s sleep or even prove helpful if feeling drowsy but should be restricted to the earlier hours of the day.‘

Try chilli con carne for an energy-boosting evening meal. Beans are full of resistant starch. A 2004 study found that this kind of starch is associated with increased fat metabolism and decreased fat storage. An active ingredient in chilli, known as capsaicin, has been shown to increase thermogenesis, the rate at which the body burns fuel.

If you always take your Kindle to bed and struggle to fall asleep, then it may be time to switch to the paper version instead. According to a US study, the ‘blue’ short wavelength enriched light emitted by the digital screen disrupts Circadian rhythms, preventing natural drowsiness.

According to researchers at Brigham and Women’s Hospital in the US who compared the biological effects of reading an E-book and a printed version, the body’s natural circadian rhythms were interrupted by the light from electronic devices. Their findings were published in Proceedings of the National Academy of Sciences on December 22, 2014.

Previous research has shown that blue light suppresses melatonin, which is the hormone released by the pineal gland at times of darkness to start the process of drowsiness.

If you do shift work, try and start shift after midnight as you are less likely to feel energy drain. Shifts that start before midnight – the worst starts at 11pm – make you feel exhausted. ‘Shift workers who start after midnight have been able to have more sleep time in the key period where melatonin levels have increased to start the process of preparing for sleep in the evening,’ explains Professor Morgan. Shifts starting earlier mean less of this golden sleep time. 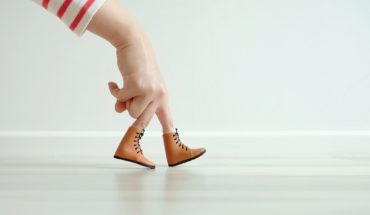 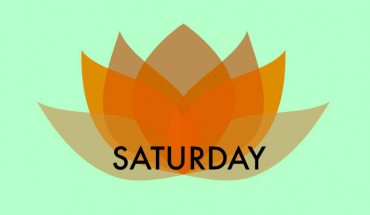 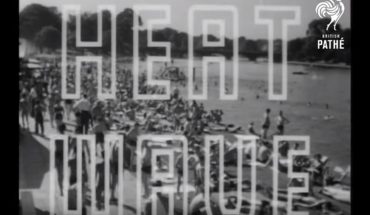 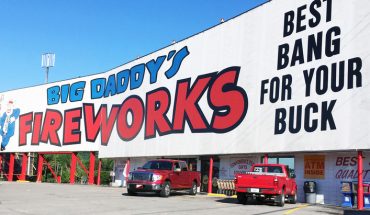