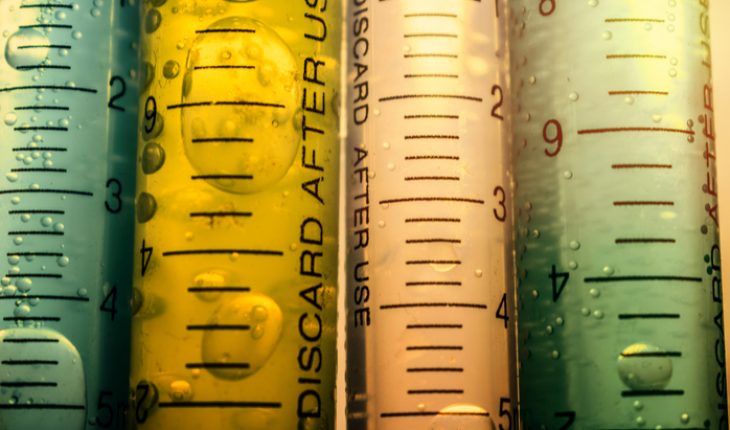 ‘A significant number of cancer treatments may have no benefit over existing treatments or a placebo,’ remarked a senior cancer researcher recently, ‘giving some patients false hope.’

Giving ‘false hope’ is one of the common charges laid against non-drug ways of supporting cancer patients, even though it is an oxymoron.

Giving ‘false hope’ is one of the common charges laid against non-drug ways of supporting cancer patients, even though it is an oxymoron.

However the opening sentence (which I have modified slightly to make the point), is about the results of a study assessing the quality of the evidence for newly licensed cancer drugs by researchers at King’s College in London.

This is what their research, published last week in the BMJ, found: ‘Almost two thirds (57%) of cancer drugs authorised by the European Medicines Agency (EMA) between 2009 and 2013 came onto the market without any clear evidence they improved the quality or quantity of patients’ lives.’

The difficulty with showing cancer drugs make you live longer is that it costs more and delays the time a drug can be out there on the market; helping patients and/or making money (depending on your perspective.) So companies often rely on such bio-markers of benefit, as the tumour shrinking, to claim you’ll live longer. Trouble is, as the researchers made clear, a shrinking tumour doesn’t reliably predict you are going to live any longer.

The lack of good evidence is a shocking finding which should prompt patients and their doctors to develop a more sceptical attitude to the latest ‘breakthrough’ drug being rushed through the licensing process. It might even, wild optimism; prompt some to advocate more serious attempts to test non-drug therapies; how to do that effectively is the subject for another post.

The revelation comes at a time when cancer professionals are claiming that the long-promised transformation of cancer treatment by genetics is just around the bend. I’m sceptical; I remember attending seminars for journalists around the millennium where experts told us that by 2015 cancer would be cracked.

The revelation comes at a time when cancer professionals are claiming that the long-promised transformation of cancer treatment by genetics is just around the bend. I’m sceptical; I remember attending seminars for journalists around the millennium where experts told us that by 2015 cancer would be cracked.

Drugs targeting mutant genes would be either stopping tumours in their tracks or turning the dreaded disease into a chronic disorder.

That deadline was missed and this latest bombshell might well prompt a rethink about the wisdom of setting a new one just yet. However good your genetic research – and regular HIUK readers will know that there are sensible grounds for saying that just focusing on cancer genes is not going to provide the magic bullet anyway.

– if our current licencing system allows a stream of useless drugs into the clinic, they still won’t make a difference even if they are precision- targeting mutations.

A recent meeting to bring journalist up to speed on the latest genetic wizardry was definitely déjà vu for me. Having admitted that the promise of genetics had been over-hyped, an expert from the 100,000 Genomes Project was enthusiastic about the new findings that would be making precision targeted treatment on the NHS a reality.

Drugs that cost £2.6 billion to develop

An example was the discovery that there were four different types of bowel cancer patients, distinguished by the different mutations their tumours contained. This meant that patients in each type could be given a more personalised treatment; each type would get a different drug. Each of these would cost around £2.6 billion to develop (from experience we know one is never enough) and nine years to get to market. So, much like the millennium plan but vastly more complicated and expensive.

The audience were assured that industry partners (drug companies) had already been recruited to develop treatments from the data collected by the 100,000 Genomes Project. I now wonder, given the latest revelations about the way those industry partners work, whether the scientists naively believe drug companies will do the right thing; are prepared to turn a blind eye or have resolved to drive through changes to ensure their hard won discoveries are properly tested before being tried on patients?

There is no doubt about the problem. Phrases used by the King’s College researchers include: ‘Expensive drugs ….lack of clinically meaningful benefits … paid for (by) publicly a funded healthcare system.’

So what promises have been made that reforms are underway to ensure such a failure never happens again? Senior figures must have known the truth, so whose heads are going to roll? Well apparently no one. In fact there has been little in the way of outrage at all.

There are some obvious difficulties with reform, a major one being the old question of who regulates the regulators while the drug companies can claim that they had presented their evidence in good faith and if the regulator hadn’t assessed it correctly that was hardly the company’s fault.

In response it should be pointed out that drug companies fund 89 per cent of the regulator’s costs and that this is not the first time cancer drugs have been found galloping through the approvals process. There was an American report of a similar cavalier attitude to evidence for cancer drug effectiveness in JAMA Internal Medicine 2015.

The authors concluded: ‘most cancer drug approvals have not been shown to, or do not, improve clinically relevant end points.’

The figures were very similar to the ones picked up in Europe two years later, suggesting the BMJ finding was not a one off. Between 2008 and 2012 38 cancer drugs were licensed, 67 per cent on the basis of hitting some marker such as the unreliable shrinking tumour. A check on survival rates four years later found that five of the drugs had improved life expectancy but 18 had not.

The deal with companies whose drugs were nodded through in America was that they would then run trials to find if they were effective or not. Four years later a third of companies had run no studies, yet none of the still evidence-free drugs had been withdrawn. The regulator was not even prepared to use the sanctions it possessed.

The interests of the supposedly most important people in this whole sorry saga – the patients – seem to have been totally ignored. For instance: the dangerously unreliable marker – tumour shrinkage – is still being used.

Spending £1.3 billion on cancer drugs for almost no clinical benefit

An organisation that continued to rely on it was the Cancer Dug Fund, with disastrous results. Launched in 2010 and wound up in 2015 the fund, according to the BMJ, was a major source of the evidence-free drugs used in the UK.

Earlier this year a report into its costs and benefits by cancer experts at two London hospitals concluded for an expenditure of £1.3 billion pounds, the majority of the drugs had failed to show any evidence of meaningful clinical benefit, once the impact of side-effects was taken into account.

Yet again vast sums had been spent by cancer authorities on drugs that simply exposed patients to damaging side effects. How can any of this be called scientific medicine?

Yet again vast sums had been spent by cancer authorities on drugs that simply exposed patients to damaging side effects. How can any of this be called scientific medicine?

And it gets worse. Part of the deal the fund did with the companies supplying the drugs was that they would keep detailed records of the effects – beneficial and harmful – of the drugs when used in the real world with the aim of improving treatment in the future. The report found that almost none of the companies had provided that information.

No gain, no blame

And was anyone penalised for this predictable, damaging failure? Of course not – the conclusion was that a new Cancer Drug Fund would be set up only this time the drug companies were going to be told that they really, really must track the effects of the drugs.

The practice of licencing cancer drugs without good or indeed any evidence via toothless regulatory agencies has several knock on effects according to the BMJ report. Companies have shown remarkable chutzpah once they have a licence. They do research to show that not all eligible patients can access these drugs (because some bodies are unimpressed with the evidence). They then gain media coverage for this ‘scandal’ because, having been passed by the regulator the drugs must be safe and effective.

This then gets picked up by doctors and patients who then have unrealistic expectations about their benefits and harms, a process that led to the setting up of the dangerous Cancer Drugs Fund.

It all points to the fact that we have a broken regulatory system, writes Vinay Prasad, Assistant Professor of Medicine at Oregon Health and Sciences University, in the BMJ. ‘We are approving cancer drugs at a rapid pace yet few come with good evidence. Their marginal benefits from the rarefied world of randomised trials with selected patients, can often be lost when they are used on a much wider range of patients in the real world.’

We are approving cancer drugs at a rapid pace yet few come with good evidence. Their marginal benefits from the rarefied world of randomised trials with selected patients, can often be lost when they are used on a much wider range of patients in the real world.’

So what needs to be done?

So it looks like the 100,000 genomes project to gather data on drug performance will be relying on partners with a very poor track record in running reliable trials in the first place and then carrying out proper follow up research. Few outside the industry are aware of the ‘false hope’ that cancer drugs too often promote which is why the gene-centric vision continues to have such a hold.

What’s needed to make treatment safer and more effective for patients, is to recognise that the current system isn’t working. The idea that it is currently all scientifically based is a myth and so is the idea that nothing other than gene targeted drugs can ever be of use in treating cancer patients.

Then a start could be made in establishing a regulatory system that actually checked if drugs worked before releasing them. That is certainly what the BMJ calls for. There is far less consensus that we also need serious and informed research on the ways that non-drug approaches can help to support patients and improve their resilience to cancer and to the drugs treatments. At the moment, however, patients undergoing cancer treatment need all the help they can get.

This blog was first published at http://healthinsightuk.org/2017/10/13/most-new-cancer-drugs-wont-let-you-live-longer-or-improve-your-quality-of-life 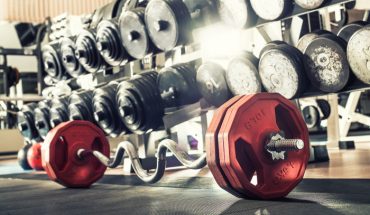 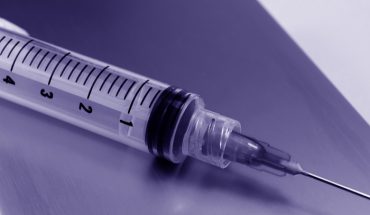 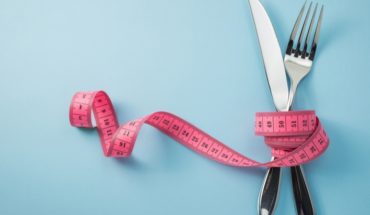 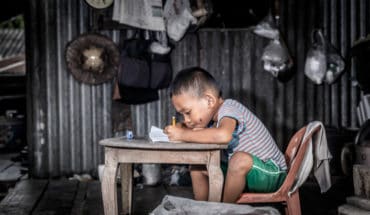 Allopathic drugs are toxic. Those who survive them and are cured may well have been cured anyway, given their robust nature, with other less toxic methods. It is increasingly clear that much medicine is placebo in effect and that those getting the placebo do better because they are not being poisoned by the real thing. As long as conventional or Allopathic medicine is about making huge amounts of money, nothing will change and toxic drugs, like snake oil of the past, will remain the modus operandi. As the third biggest killer in the US and fourth in many other developed… Read more »